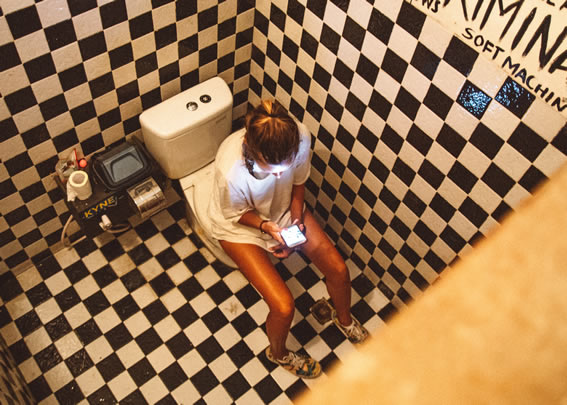 Many bowel diseases present with a change in bowel habit. Normally we empty our bowel between three times a day to once every three days. More frequently that this would be considered diarrhoea. Diarrhoea can often occur with a change in stool consistency too looser stool that maybe like porridge or watery motions. Bowel movements less than every three days may indicate constipation, often associated with a hard stool or straining to pass a motion.

Critically even a change in bowel habit that occurs within the limits of three times a day to every three days that is different to your normal bowel habit can be significant. Sometimes these symptoms are associated with abdominal pains or blood in the stools or on the paper when wiping (rectal bleeding). Although we all occasional have a change in bowel habit, the National Institute for Clinical and Healthcare Excellence (NICE) recommend investigation if the change last longer than three weeks.

The most common cause for a change in bowel habit is probably irritable bowel syndrome, which can be managed with dietary, medical and psychological approaches; however change in bowel habit is an important symptom as it can indicate a wide range of other bowel disease including bowel cancer or bowel inflammation (ulcerative colitis or Crohn’s disease), as well as coeliac disease (gluten intolerance), small intestine bacterial overgrowth (SIBO), pancreatic disorders, or even non-gastrointestinal problems such as thyroid dysfunction or diabetes.

Investigation for change in bowel habit can include blood tests, stool tests, colonoscopy, and MRI or CT scans as the range of possibilities is wide and a range of tests is often required to make a diagnosis. Treatments are directed at the underlying cause when found, but can include dietary approaches, anti-inflammatory medications, biofeedback, or occasionally surgery.

British people are notoriously reticent about talking about bowel related issues, with the risk that the opportunity to find and treat conditions especially bowel cancer at a curative stage can be missed. This is no time for British reserve!

If pre-cancerous polyps are found they can often be painlessly removed during the same colonoscopy (polypectomy) and this prevents them going on to develop into a bowel cancer. They are sent for analysis in the pathology laboratory. Removal of polyps is how bowel cancer screening by colonoscopy prevents bowel cancer.

Patients almost always elect to have sedation (an injection of medication to feel calm and sleepy) for the test to be more comfortable. After sedation you cannot drive and need someone to accompany you home. Less commonly patients have the test with “gas and air” (Entonox) which reduces pain but are fully awake for the test.

Colonoscopy is very safe, takes about 30 minutes and is carried out in the Endoscopy department, with risks and benefits discussed beforehand. Patients need to have medication to clear the bowel beforehand (Bowel prep), and this is arranged in out patients. Patients are usually ready to leave the department approximately an hour after their test and can return to normal eating the same day, and normal activities the following day.

John Brown (not his real name) had noticed that he was going to the toilet more frequently to move his bowel. Initially he just assumed he had a stomach upset but when this persisted for more than a month, he went to see his GP who advised a Colonoscopy as the best test as John was older then 50 and there was a risk that it might be something more serious.

We had a consultation and discussed John’s symptoms and concerns, especially as his father has been diagnosed with bowel cancer a few years before. John wanted to be sure definitively that there was nothing going on and be as reassured as possible, and we agreed that a colonoscopy would be the best test to achieve this.

My private secretary arranged this promptly for him a time that fitted with his busy diary, and he came up to the endoscopy unit driven by his wife as he was having sedation. The colonoscopy was straightforward and comfortable with light sedation, and after the procedure I explained that there were no serious finding, but he did have some “diverticulosis” – pockets in the bowel lining that are like a bit of “wear and tear”. It may have been an inflamed diverticulum that caused his change in bowel habit – diverticular irritability.

John was hugely reassured that he didn’t have bowel cancer or pre-cancerous polyps, and during our follow up consultation I explained that with a negative colonoscopy he was probably at lower risk of bowel cancer in the future than the population as a whole.